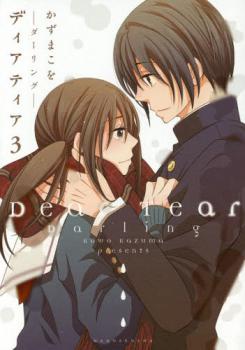 Description
After hearing about the rejection of her friend Mika, high-school girl Kiritani Mutsuko attempts to extract a proper reason for the rejection from Mika's object of affection, Narita Akito. After all, although Narita is popular, Kiritani just dosen't understand why so many girls would fall in love with him. So in order to understand him better, Kiritani starts to walk home with Narita on a daily basis, and they slowly begin to grow closer.

But Narita has problems of his own, including a heavily depressed mother he must deal with on a daily basis. His own experiences at home leave him unable to relate to the girls whom he frequently rejects.

After learning of this, however, Kiritani makes him a promise. That she would never, ever cry in front of him.