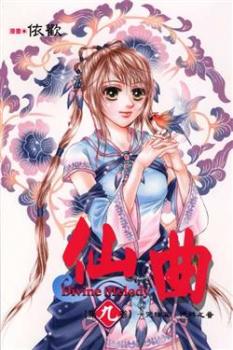 This is a tale full of wonderful Ancient Chinese legends. A group of beautiful female fox demons lived at the base of a mystical mountain. Among these foxes is the very special Caisheng, a little fox girl with the ability to change into a male fox demon when she matures and allow the continuation of her species. One day, she secretly went into a nearby human village and befriended a boy named Duoxi and a girl named Xiaoque, and when the little fox child is attacked by a dog, the two human children saved her! Now the two children are marked, and will remain so -- even in their reincarnated lives -- until Caisheng repays her debt to them...

Two hundred years later, Caisheng not only becomes the most powerful fox demon but also has mastered the art of gender transformation. She begins her search for her saviors' reincarnations: the boy now known as Yunshi, and the girl as Ping'er. Not knowing Caisheng's true identity, Yunshi falls in love with the female Caisheng, and Ping'er with the male Caisheng! But Yunshi is a priest whose duty is to destroy all of the demons... what will he do when he discovers Caisheng's true nature? And whom will Caisheng choose in the end?