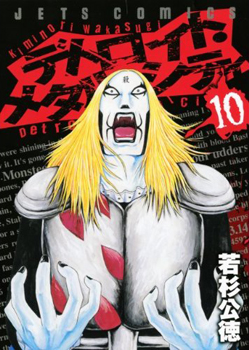 Description
Detroit Metal City is about a death metal band that has gained immense popularity in the indie scene. The main character is a push-over, Negishi Souichi, who is trying to make a living in the music world, but he didn't imagine in his wildest dreams that it would be in such a band. Read and see what hilarious situations he gets himself into.